Scottish capital Edinburgh is just one hour away from London by private jet. Famous for hosting the world’s biggest arts and cultural festival in August each year, this cosmopolitan city offers great shopping and restaurants. In the space of a day, you can explore historic sights and hike in the Scottish Highlands – this city has something for everyone. Charter a private jet to Edinburgh.

Edinburgh is steeped in history â€“ a stroll along the atmospheric Old Townâ€™s cobbled streets feels like taking a step back in time. The cityâ€™s most famous historic sight, Edinburgh Castle, dates back to the 12th Century. Walk down the Royal Mile connecting the castle to the grand Holyrood Palace, which is surrounded by impressive gardens, before visiting St Giles Cathedral and Greyfriars Kirk. Next, explore the upmarket New Town, separated from the Old Town by Princess Gate Gardens, and discover the Royal Yacht Britannia moored at the Port of Leith.

Edinburgh is a fantastic foodie destination, with more restaurants per head than any other city in the UK. Helmed by namesake chef Tom Kitchin, award-winning The Kitchin is a Michelin-starred venue serving nature-to-plate cuisine near the Port of Leith. In the Old Town, try the seafood platter at Ondine, which has a Champagne and oyster bar; or tuck into Angus beef steak tartar at the famous Witchery by the Castle, which features elaborate baroque interiors.

Just a few minutes from central Edinburgh, visitors can set foot on the Scottish Highlands at Holyrood Park â€“ a former hunting ground and playground for Scotlandâ€™s aristocracy. This 650-acre expanse spans three lochs and is home to the summit of Arthurâ€™s Seat, an extinct volcano that is the parkâ€™s highest point.

Contact our team and weâ€™ll arrange everything you need to charter a private jet to Edinburgh.

CHARTER TO THIS DESTINATION 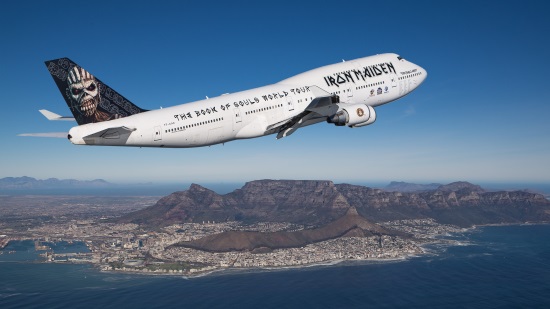 To get a better understanding of ACS and what we do as a business, why not take a look at our news and blog.

Tell us your requirements and one of our charter experts will send you a quote.